The Killer... by Bandisca MC 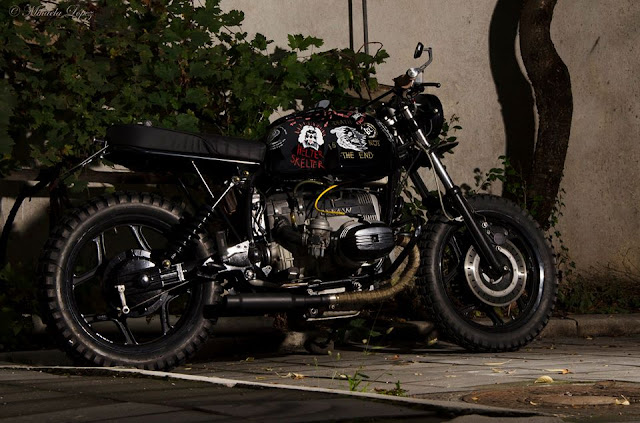 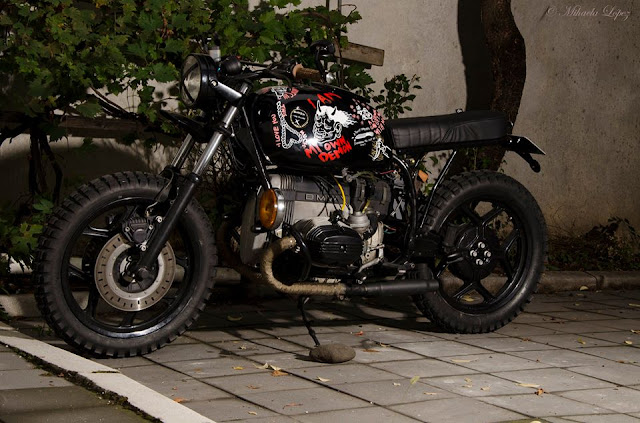 This R80RT was found somewhere in the south of Romania at the Olt district, it is an old Traffic Police unit that was bought when disaffected by the officer that usually was on duty with it, so it is the Police model and it benefited of the best cares at the official BMW service along its life. 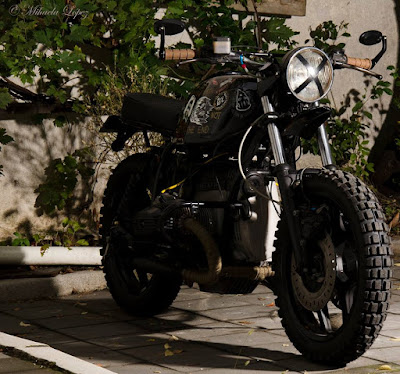 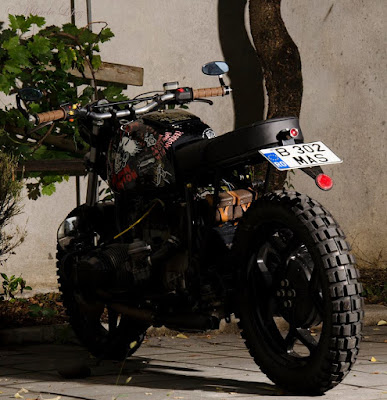 Engine was in a very good condition, we proceed to custom it directly, first of all eliminating the Police fairings and mods.

We decided to go into a Scrambler style with it and we eliminate the original subframe and built a new one a little bit shorter and higher but respecting the 2 passengers’ possibility.

Electrics was a headache because the installation was modified to incorporate the police elements including the radio station and there was a lot of wires loaded but not connected, we clean it and repaired all connectors, with this occasion we take of the original dash and put an small Acewell electronic infocenter that provides all the info of the original one but in a small electronic format.

Lighting system has been also changed, we was seeking for a retro look and at the front we’ve used an old Ural headlight with traditional bulb, not halogen, and at the left side we have incorporated a NOS hot rod Pioneer fog light we got at USA sometime ago that fits really great on the BMW, for the tail we have used a Lucas replica cigar tail light, we didn’t want signals on this bike but we needed them due to regulations so we used a little mini bullet black ones positioned very low on the frame that almost are unappreciable. 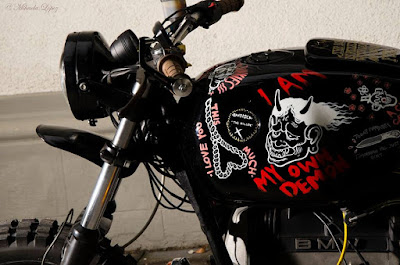 The front was completed with a little handmade fender and a Renthal handlebar with Oury chocolate style grips and bar end mirrors.

For the seat we decided also a retro style so we didn’t want to go on an usual thin brat seat and we designed a retro line fat one upholstered in black leather that, by the way, is very comfortable.

Pipes was shorted a lot and we used two short glasspacks that provide a nice loud sound.

All frame has been electrostatic powdercoated and also the wheels in satin black, for tyres we used Continental TKC80 Twinduro that has the aggressive aspect we wanted combining good skills on and off road. 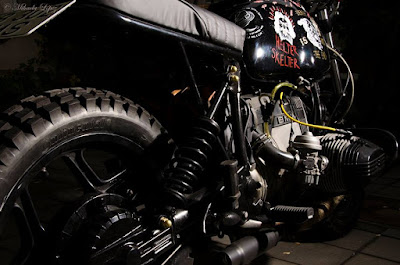 This bike was equipped with the big original Police BMW tank that has a really nice shape and we decided to keep it…. Such a canvas!!! So we decided to call our friends of The Real Intellectuals for working on the art of it, the result has been amazing as always!!! 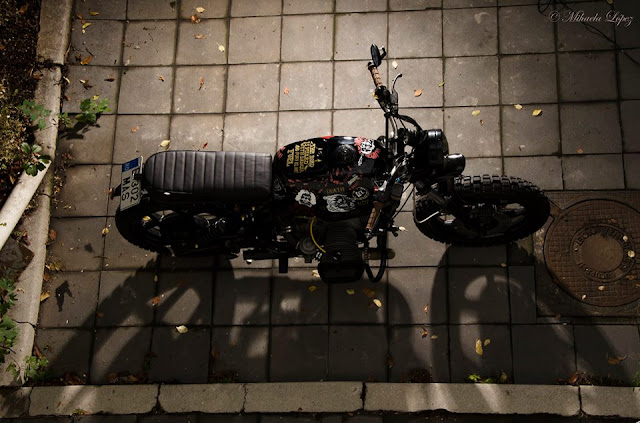 Why The Killer? Good… the name come from the beginning… when we bought the bike and found that it serves the law all its life we thought that was the moment to change that and in needed to became an offender against the law !!! … because killing solves everything !!! 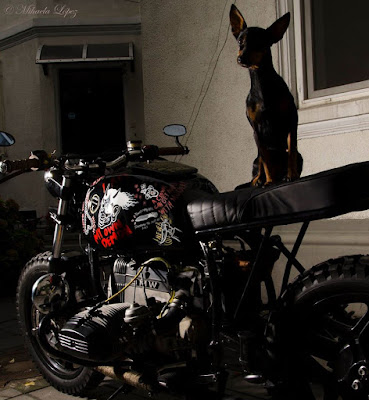 artwork by The Real Intellectuals

Posted by Chris Saddler Sam at 21:12 No comments: 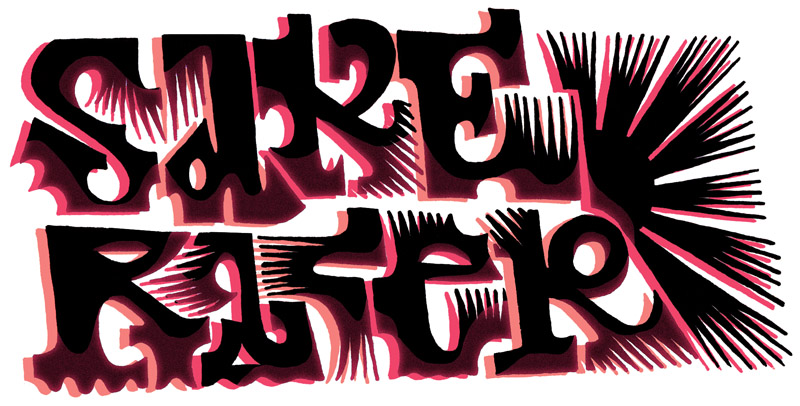 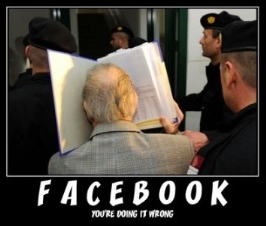